The Children’s Blizzard is the story of the devastating blizzard of 1888, which swept across the Great Plains with no warning and killed hundreds of people, many of them children on their way home from school. This is a fictionalized account of that devastating storm, but is based upon actual events and oral histories of the survivors.

This book is exquisitely written. Melanie Benjamin does an incredible job of connecting the reader with the characters. She shares the backstories and inner thoughts and feelings of pretty much every character in the book. Even the animals have something to say. And her stories delve deeply into the characters’ lives.

The main characters are two sisters who are both schoolteachers. Although they have so much in common, they experience very different outcomes during the storm simply based on last minute decisions. There is also an immigrant family led by a stressed out mother and a dallying, irresponsible father, and a young girl who has been sold to them by her mother for next to nothing. We meet an African American bar owner, who gives us the perspective of how people of color were treated in the late 1880’s. After the storm, a great newspaperman arrives. He comes to the area in search of the next big story, but instead experiences a life-changing connection with one of the victims.

Benjamin’s account of the harrowing experiences of the young people struggling though hazardous conditions, blinding snow, and freezing weather to try and find their way home, sometimes in vain, leaves us on the edge of our seat, feeling as if we are traveling with them.

Benjamin has written a book based on true events that cannot be missed, and I recommend everyone read this story, which is both heartbreaking and inspiring.

I received a free copy of this book from the publishers via Netgalley, and originally reviewed it for Historical Novels Review Magazine. My opinions are my own.

Melanie Benjamin is the author of the New York Times and USA Today bestselling historical novels The Swans of Fifth Avenue, about Truman Capote and his society swans, and The Aviator’s Wife, a novel about Anne Morrow Lindbergh. Her novel, Mistress of the Ritz, is a taut tale of suspense wrapped up in a love story for the ages, the inspiring story of a woman and a man who discover the best in each other amid the turbulence of war. 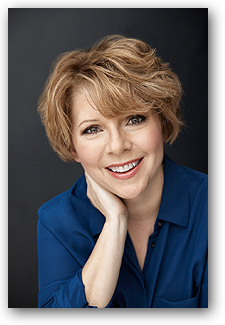 Previous historical novels include the national bestseller Alice I Have Been, about Alice Liddell, the inspiration for Alice in Wonderland; The Autobiography of Mrs. Tom Thumb, the story of 32-inch-tall Lavinia Warren Stratton, a star during the Gilded Age; and The Girls in the Picture, about the friendship and creative partnership between two of Hollywood’s earliest female legends—screenwriter Frances Marion and superstar Mary Pickford.

Her novels have been translated in over fifteen languages, featured in national magazines such as Good Housekeeping, People, and Entertainment Weekly, and optioned for film.

Melanie is a native of the Midwest, having grown up in Indianapolis, Indiana, where she pursued her first love, theater. After raising her two sons, Melanie, a life-long reader (including being the proud winner, two years in a row, of her hometown library’s summer reading program!), decided to pursue a writing career. After writing her own parenting column for a local magazine, and winning a short story contest, Melanie published two contemporary novels under her real name, Melanie Hauser, before turning to historical fiction.

Melanie lives in Virginia with her husband. In addition to writing, she puts her theatrical training to good use by being a member of the Authors Unbound speakers bureau. When she isn’t writing or speaking, she’s reading. And always looking for new stories to tell.